You can find the latest about COVID-19/Coronavirus here.
Click here for Business Assistance Programs

Before you hit the road this Thanksgiving, buckle up and designate a sober driver

Post Date:11/21/2019 12:39 PM
Crystal Lake, IL - As Illinoisans gear up for one of the busiest travel times of the year, the Crystal Lake Police Department plans for a traffic safety campaign focusing on impaired and unbuckled drivers.

According to the Illinois Department of Transportation, 15 motor vehicle crash fatalities occurred in Illinois over the 2018 Thanksgiving holiday weekend. Five of the 15 deaths occurred in crashes involving at least one driver who had been drinking.

The Crystal Lake Police Department is partnering with the Illinois State Police and local law enforcement across Illinois for the increased statewide effort. The high-visibility crackdown will run from November 22nd through the holiday weekend into the early morning hours of December 2nd.

The "Click It or Ticket" and "Drive Sober or Get Pulled Over" campaigns are funded by federal traffic safety funds administered by IDOT. The crackdown runs concurrently with a media campaign reminding motorists that impaired driving has "Life or Death" consequences. Visit LifeOrDeathIllinois.com for more information. 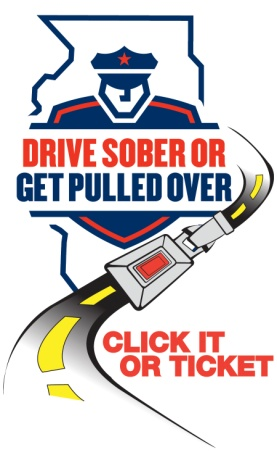